The Krueger-Scott Mansion is steeped in a history of immigrant and African-American entrepreneurship. Now, generations after the home was owned by Louise Scott, the first female African-American millionaire, the mansion will be converted into an affordable live-work space.

With its roots in immigrant and African-American entrepreneurship, the Krueger-Scott Mansion has housed visionaries for two centuries.  Initially, the home was built in 1888 for Gottfried Krueger, a German immigrant.  Krueger made a name for himself in the beer brewing industry.  70 years later, Louise Scott purchased the home to turn it into a beauty school on the lower level while she lived on the upper floor.  Scott is known for being the first female African-American millionaire in the state of New Jersey.

After Louise Scott passed, her revolutionary home suffered years of disuse and disrepair.  But now, thanks to the determination of local real estate entrepreneurs, the Krueger-Scott Mansion will reprise its role as live-work space.  Specifically, the property will give local entrepreneurs access to affordable housing, office space and a business network of support. 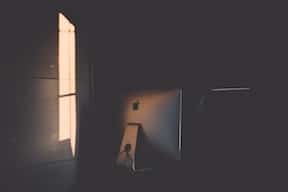